Electrical Coils Electrical coils, an alternative name for electric coils, consist of a series of loops manufactured from conductive metallic wire and wound around a ferromagnetic core.

The many attributes of electrical coils enable them to meet a wide range of application requirements for industries including: industrial manufacturing, which utilizes many molded coils or encapsulated coils for protection against corrosive environments, and electrical solenoid coils for remote equipment; automotive, in which induction coils, such as ignition coils, are essential for the operation of internal combustion engines; electronics, for equipment and devices such as electric transformers, radio transmitters, cameras and strobe lights; medical, for use in imaging and therapy equipment; and power generation, which often use high voltage electrical coils for supplying power to warehouses and other industrial, commercial and residential buildings. In addition to transmitting heat, sound or electricity, electrical coils are required to perform several different functions. 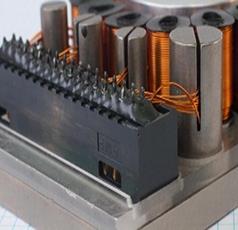 In order to better fit the specifications of the broad spectrum of applications they are used in, there is a multitude of electrical coil types that differentiate in terms of wire gauges, coil diameter wire lengths and core materials. All of the coil specifications can be customized to meet diverse requirements. 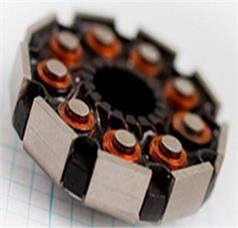 The basic construction of an electrical coil is typically that of its core, a primary coil and a secondary coil. However, this simple design can quickly become complicated with the addition of more coils, which are also referred to as windings. A winding is defined as a complete coil assembly with taps that are used to connect to current flow either from an input or to an output.

While just one primary winding can be used at times, most applications require the addition of secondary winding, and some can even require tertiary windings (which are known as tickler coils). An electric transformer, for example, is an electrical coil that has a primary and a secondary winding, enabling it to transfer electrical energy from one electric circuit to another electric circuit without any moving parts. Not only does the number of windings affect the function of the electrical coil, but the coil taps can as well.

Coil taps are defined as points in the wire coil that consists of an exposed conductive patch and mostly differ in size. For example, when an electrical coil has a large diameter, the amount of self induction is similarly large and the current can become problematic. It will try and flow on the inside of the wire instead of on the outside.

Another example would be that of multi-layered electrical coils, which have issues with interlayer capacitance, defined as an electrical phenomenon whereby an electric charge is stored, requiring a spiral-shaped coil.